Relive the 1957 World Championships in Waregem 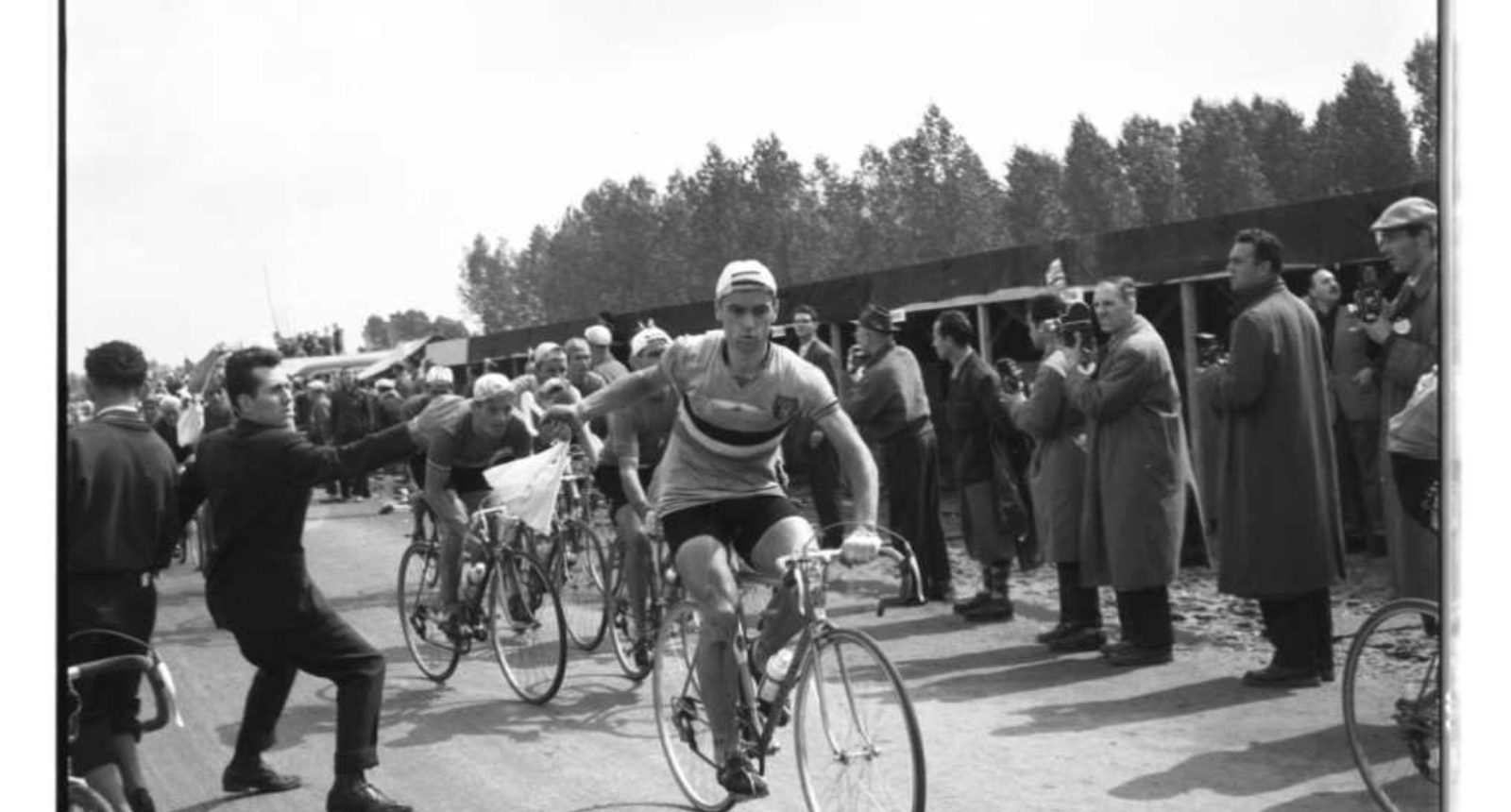 Seven years after Moorslede, Flanders was once again able to host the UCI Road World Championships. This time, Waregem was the epicenter of the festivities. Just like seven years before, another Belgian succeeded in conquering the rainbow jersey: Rik Van Steenbergen. The course at that time consisted of 12 laps of 23.8 km. Because the Dwars door Vlaanderen race also finishes in Waregem, we opted for a route that combines the highlights of both races. The pictures from 1957 where kindly provided by 'KOERS. Museum van de Wielersport (Roeselare)'. 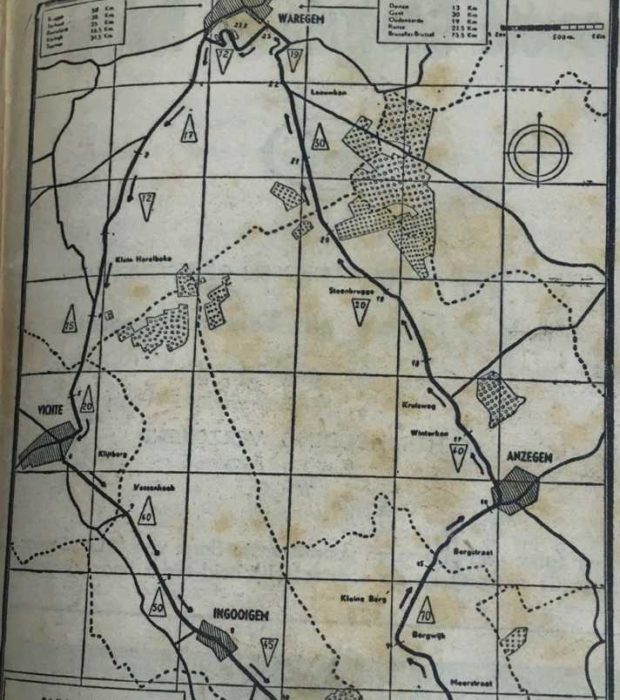 Seven years after Moorslede, Flanders was once again able to host the UCI Road World Championships. This time in Waregem. The course consisted of 12 laps of 23.8 km, with the Tiegemberg climb as the only challenge. 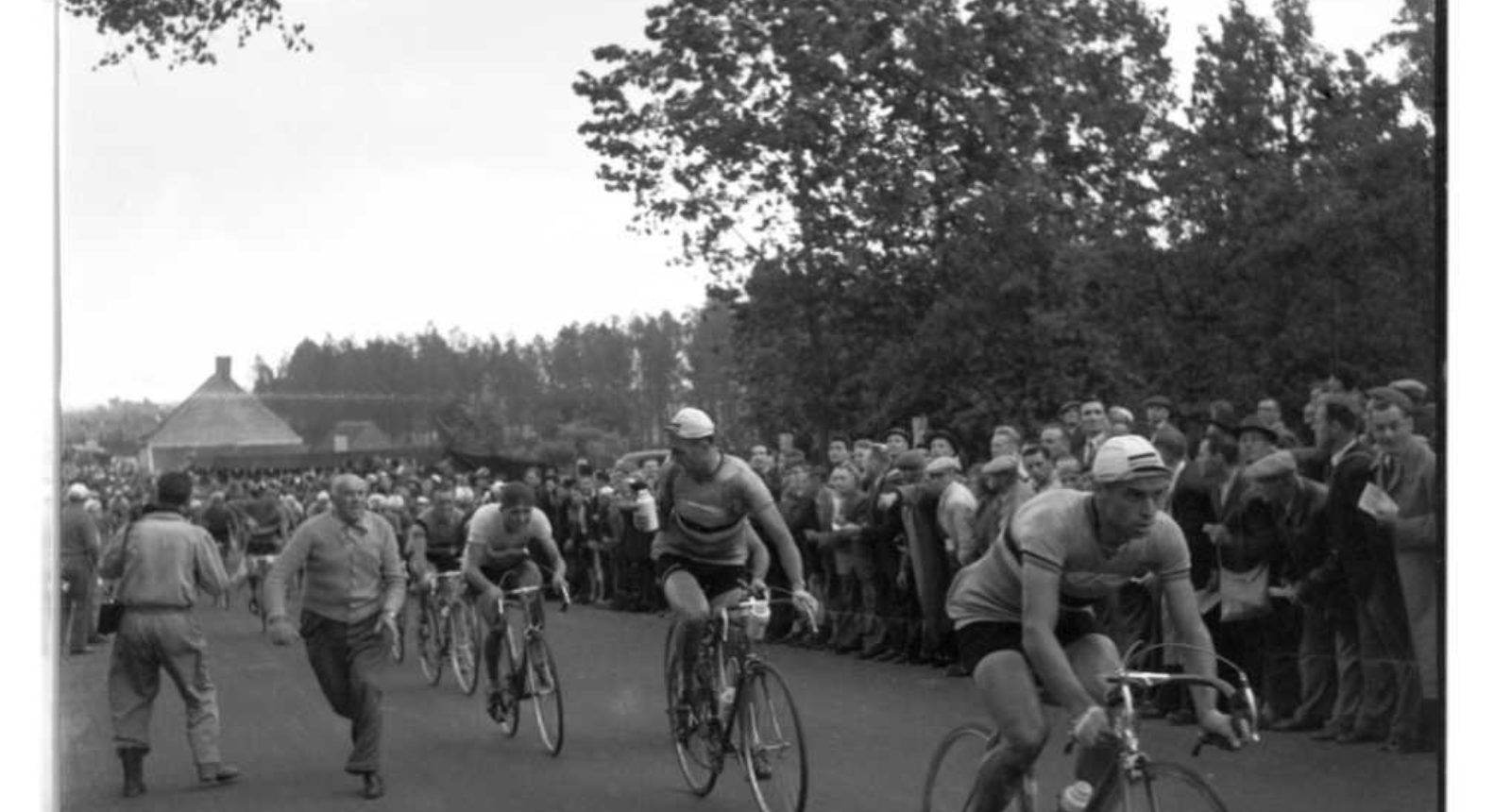 The last climb of Dwars Door Vlaanderen and the finale of Nokerekoerse: the only option here is to put the pedal to the metal and forge on ahead: a 350 m stretch, with an average gradient of 5.7% and the steepest incline at 7%. 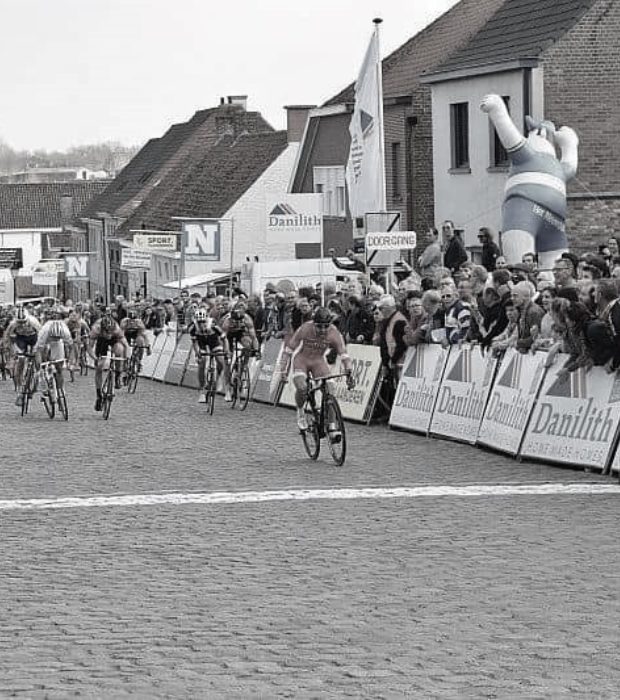 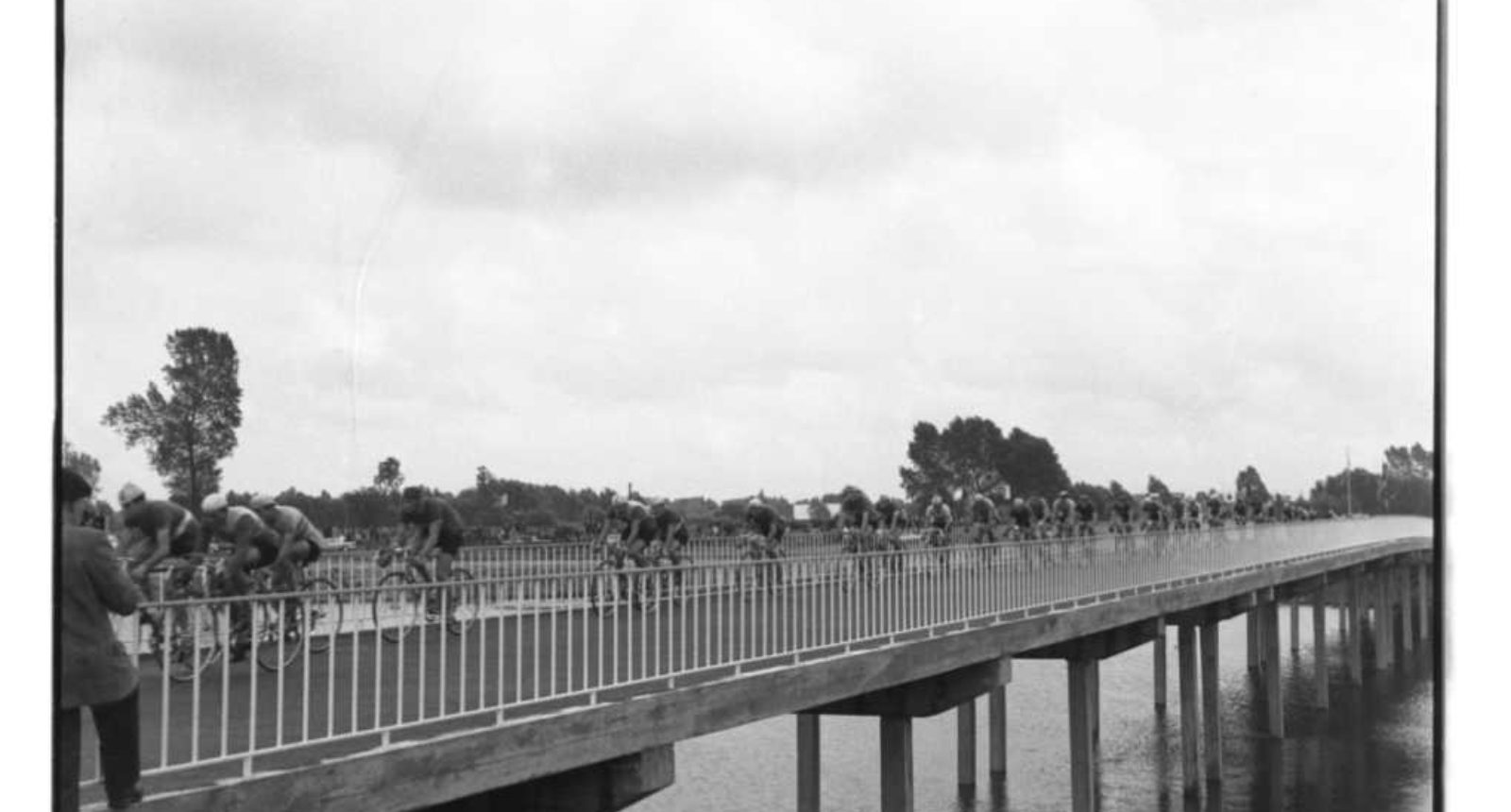 Stop at the 1957 stadium bridge 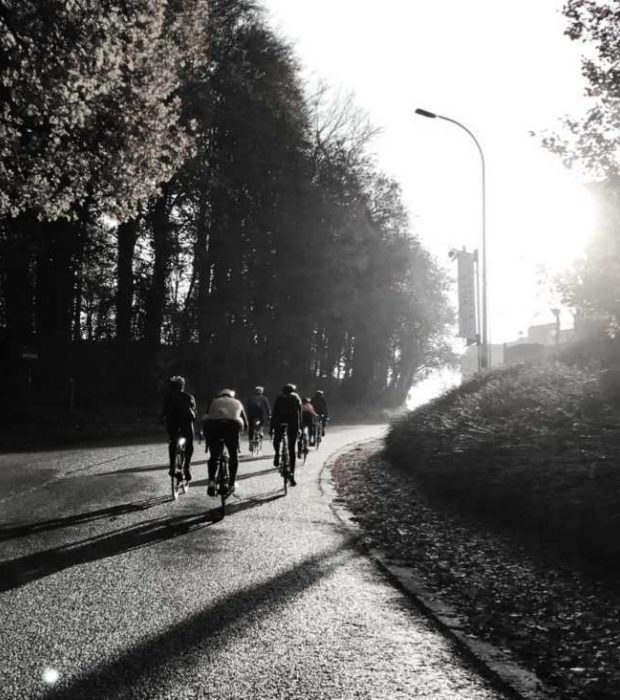 The Kluisberg can be climbed from different directions but this one, via the Bergstraat, would be the classic route. The climb from Ruien was tackled 11 times in the Tour of Flanders. Until the 1960s this was a wide cobbled road, after which it became paved. Also other races such as Dwars door Vlaanderen, E3 Harelbeke and Kuurne-Brussels-Kuurne included this climb in the parcours.

​This authentic cycling bar is located in the Ronde van Vlaanderenstraat. Perfect place to hang out. 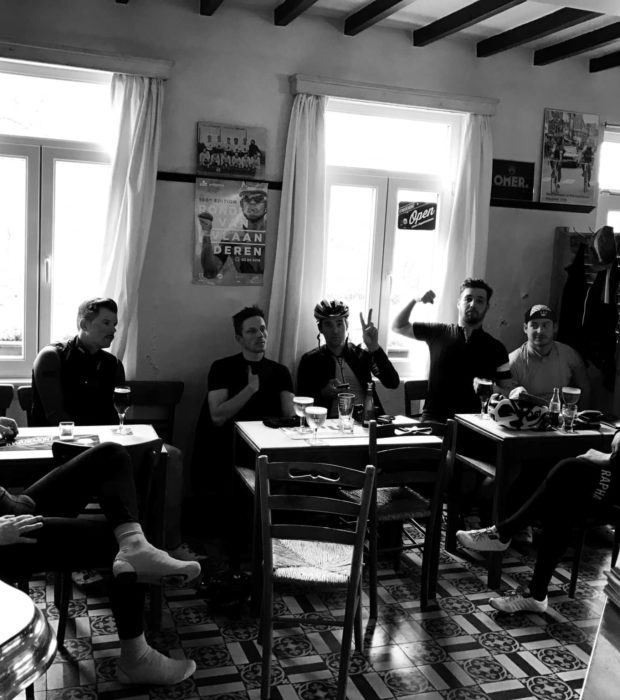 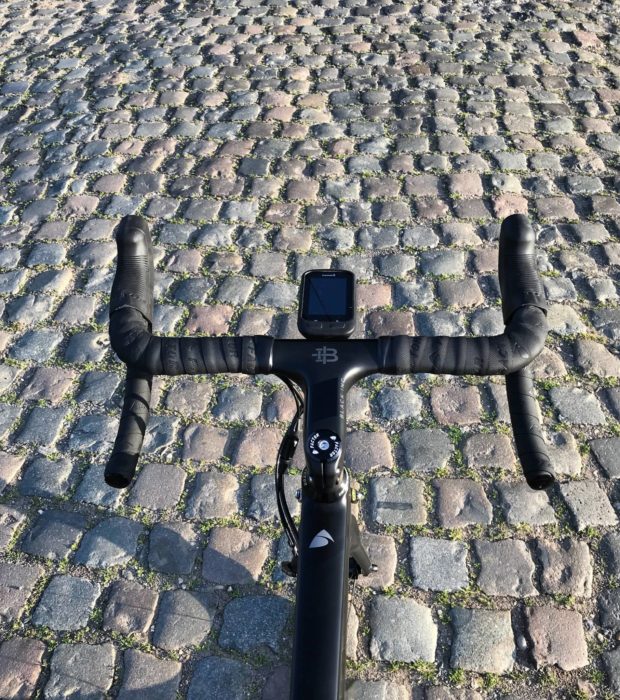 The 750m climb starts going gently uphill from the center of Ronse. The upper – and steepest – part of the climb has a roughly-paved cobbled surface, totaling 450 m of cobbles. The climb was first included in the Tour of Flanders route in 1973 and has become a fixed location in the route since the race's restyling in 2012.

The Hotond---Hoogberg ascent is 2.7 km long. Over this distance, you climb 107 heightmeters. One of the longer climbs in the area. 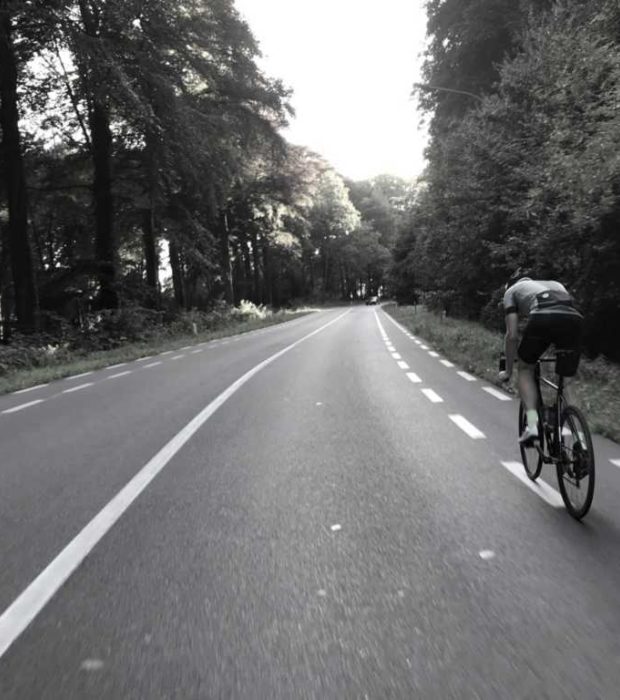 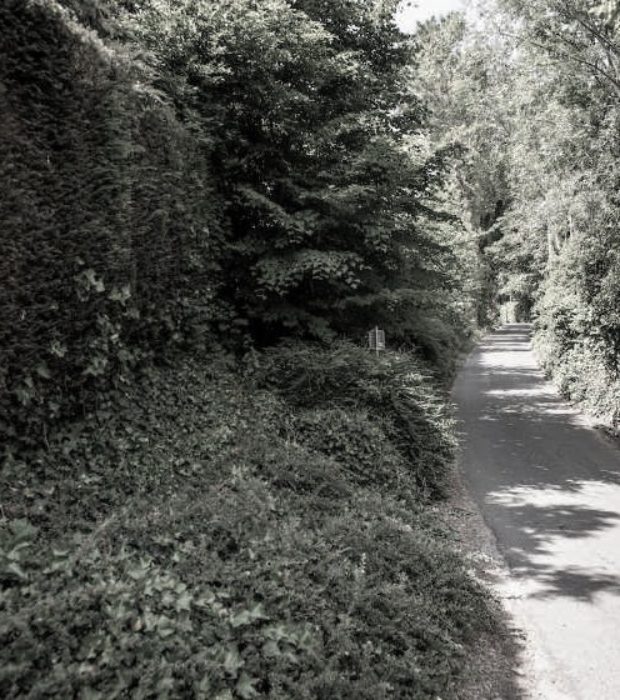 The Kortekeer, a hill in Maarkedal, first featured in the Tour of Flanders in 1988 when the Koppenberg was removed from the route due to its condition at the time and the danger it posed. The Kortekeer, however, earned a long-standing place in the Tour of Flanders but faded into obscurity when the Koppenberg was once again included into Flanders’ Finest in 2008. 1 km long, with an average incline of 6.4 % and an incline of 17 % at its steepest point, the hill is now a valuable addition to the middle of the race.

Kanarieberg or 'canary hill' situated in Ronse is a tough one. The steepest section of this long climb peaks at 14 %, with an average incline of 7.7 %. The left turn at the top takes through some beautiful woodland. 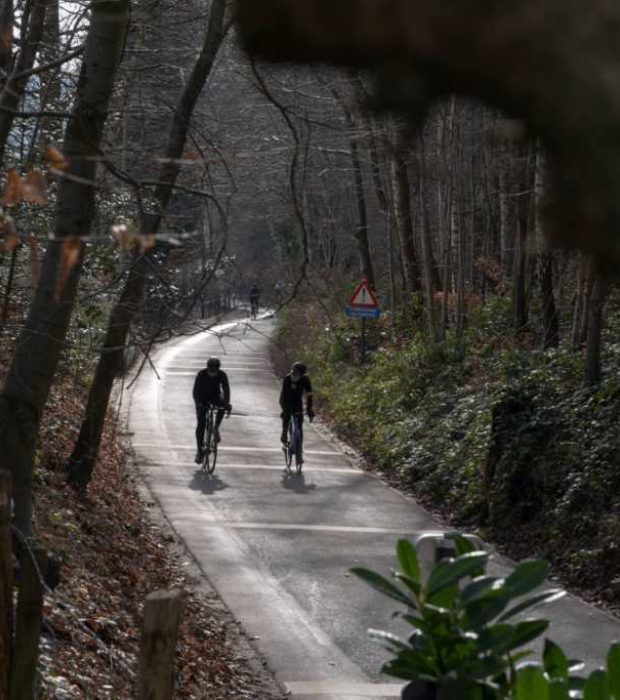 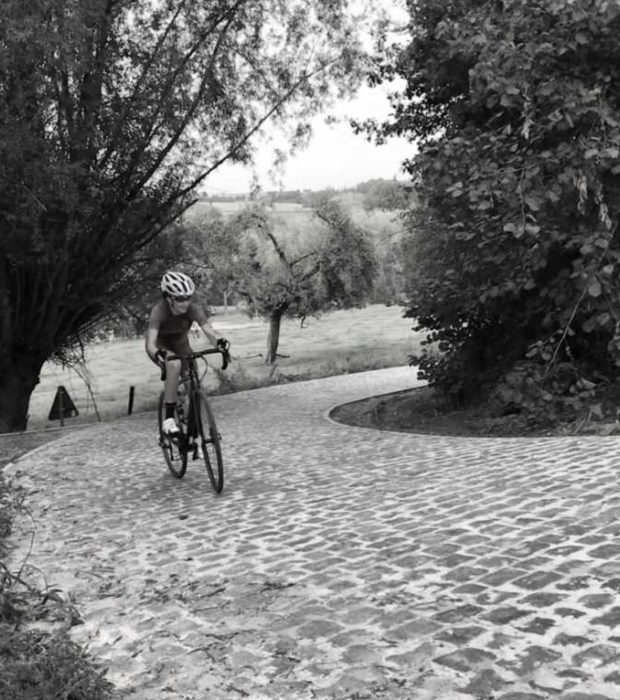 Berg ten Houte is our newest cobbled climb in Flanders. This tough formerly paved climb was included 9 times in the Ronde van Vlaanderen. The local authority had Berg ten Houte rebuilt with cobblestones in spring 2018, for extra challenge! Berg ten Houte is actually one of the oldest 'stone roads' in the Flemish Ardennes. Ever since Roman times this has been a connection between Wallonia and the Valley of the Schelde north of Maarkedal.

The Ladeuze is a steep climb in the Flemish Ardennes. The maximum slope is 15 %. Used for the first time in the Ronde in 2003 because of roadworks at the nearby Eikenberg, but features regularly in the women's classics. The climb has a super steep pair of bends about half way up and doesn't get much easier until you emerge on the main road between Oudenaarde and Brakel. 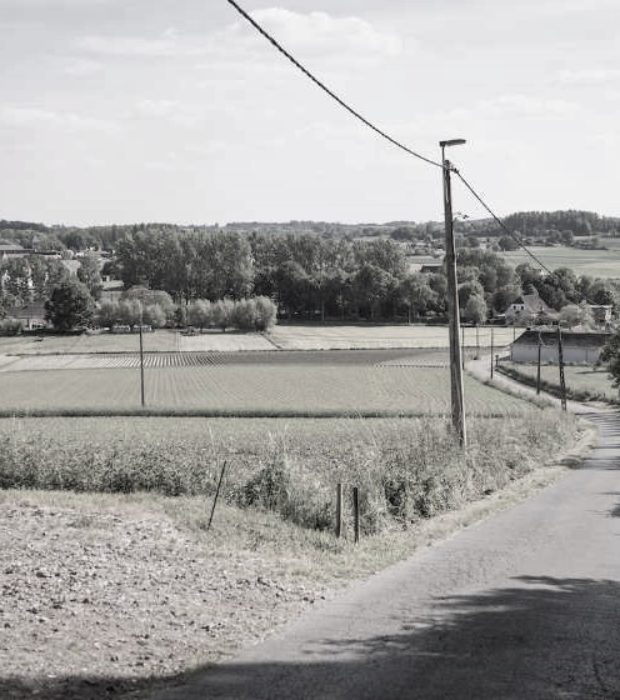 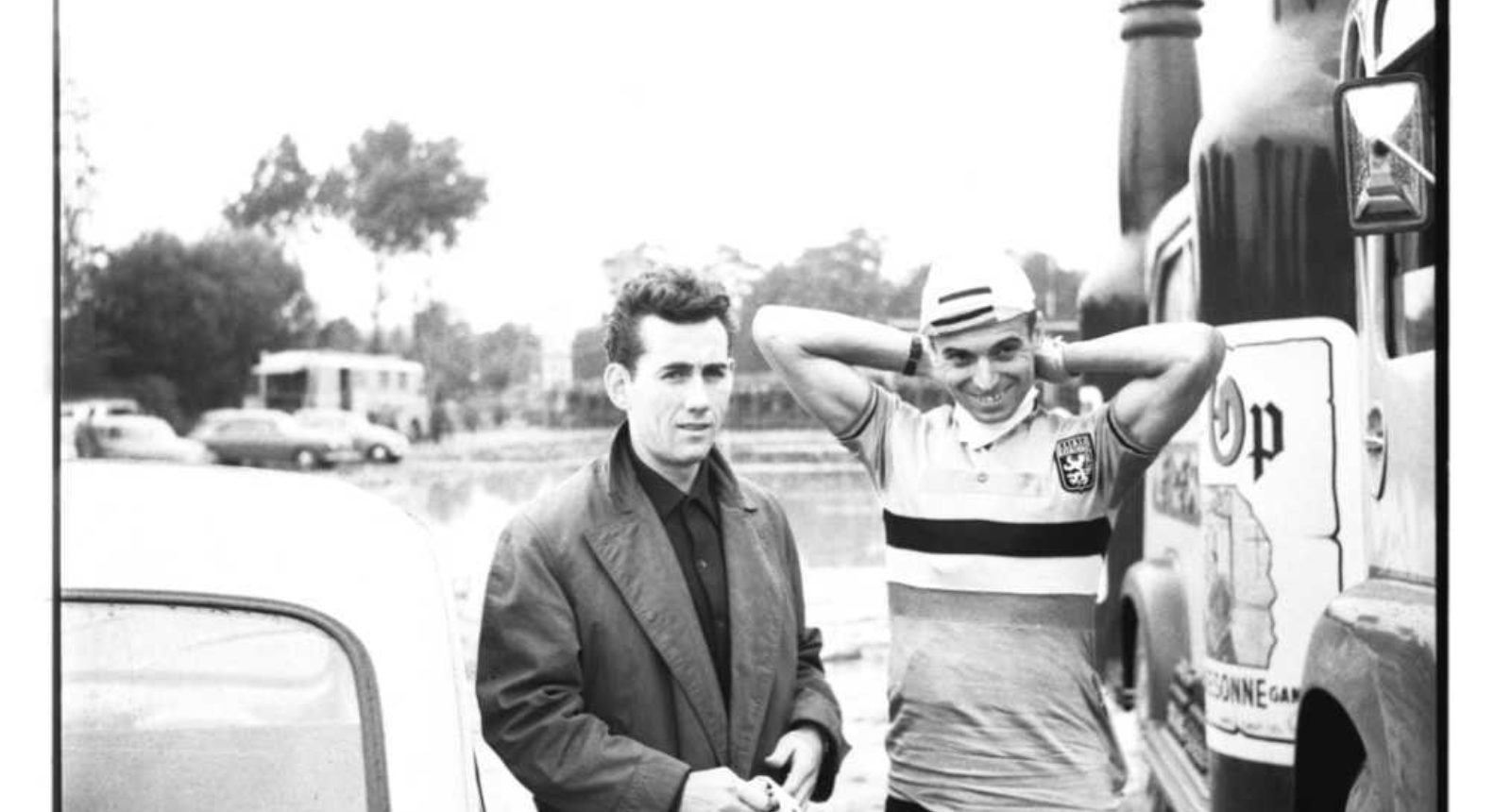 Time to go and find a beer