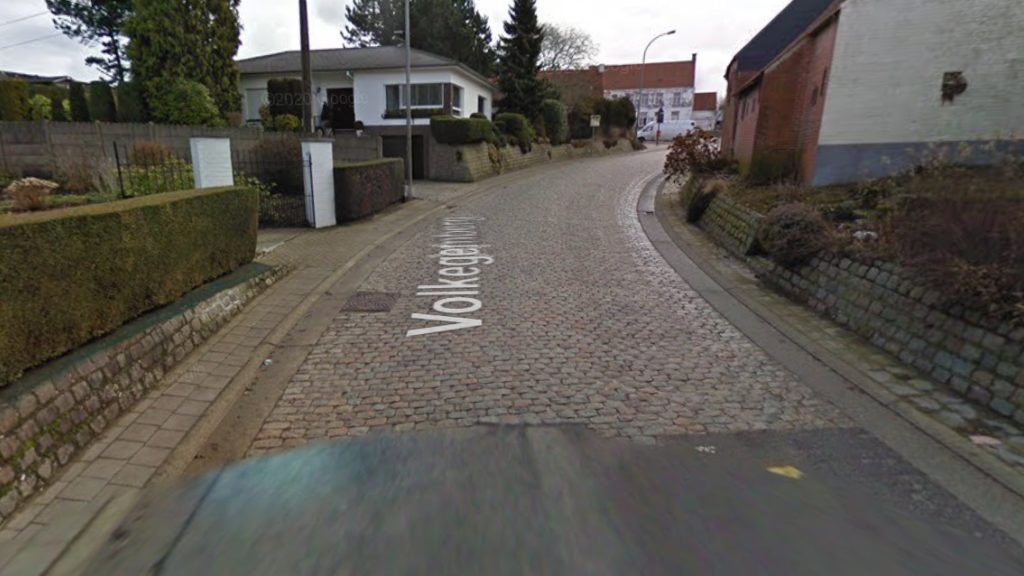 The Volkegemberg was included 17 times (1974-1984, 1991-1996) in the Tour of Flanders. Until 1982 the slope consisted entirely of cobblestone road, after that it became an asphalt road with just200 meters of large, modern cobblestones at the top. At the moment the riders descend this slope and make a sharp right turn at the foot to start the climb of the Wolvenberg.