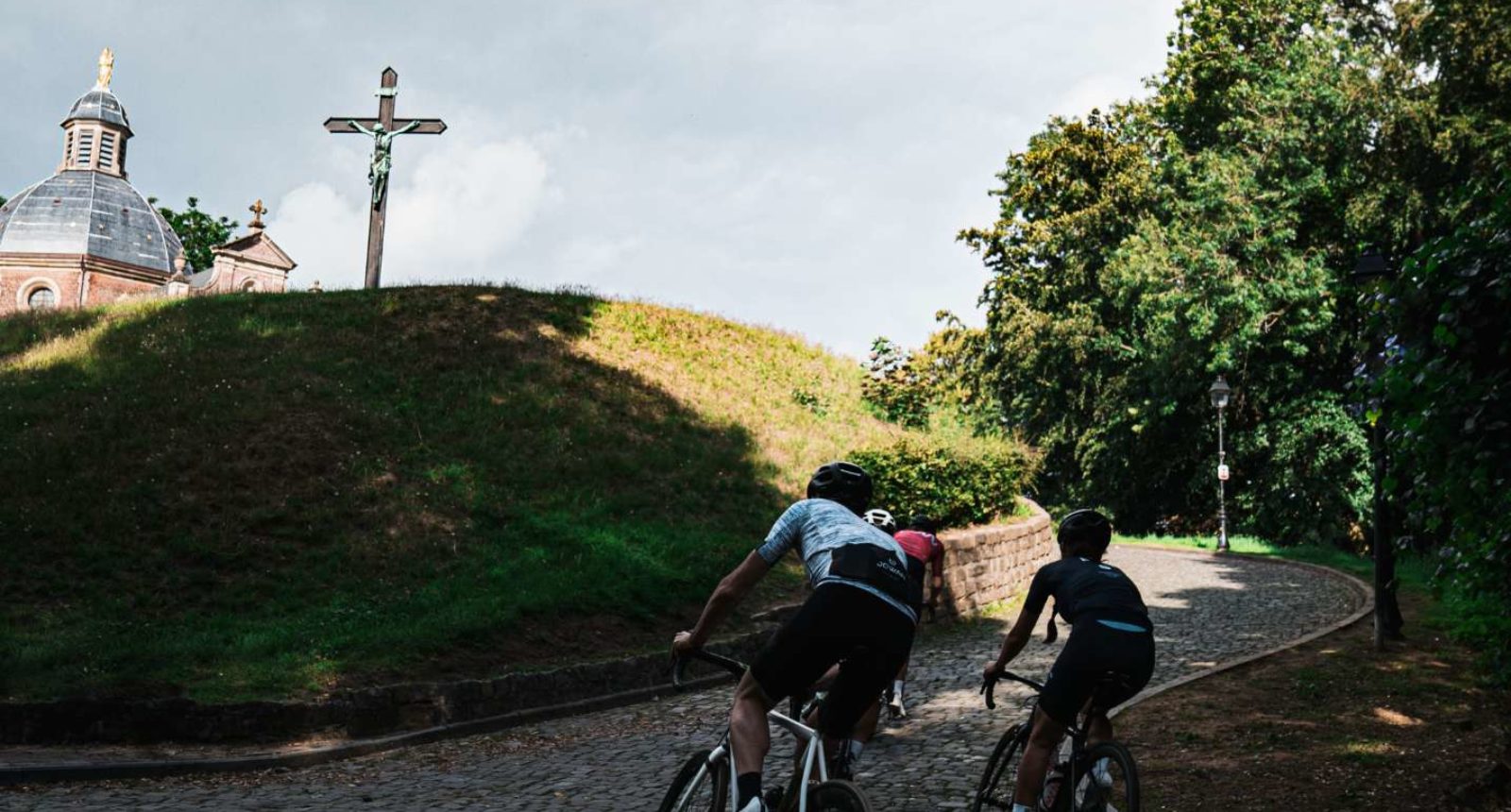 After the appetiser we served up in the West, are you ready for your 3 day main course in the Flemish Ardennes? You start your second day on top of the Muur van Geraardsbergen and will head straight for the Bosberg as your first climb. Today may 'only' feature 12 official segments, but rest assured that the route has plenty of altimeters and a fair share of cobbles to offer. Do Valkenberg, Berendries and Paddestraat ring a bell? And let's not forget your epic finish on the legendary Muur of course. 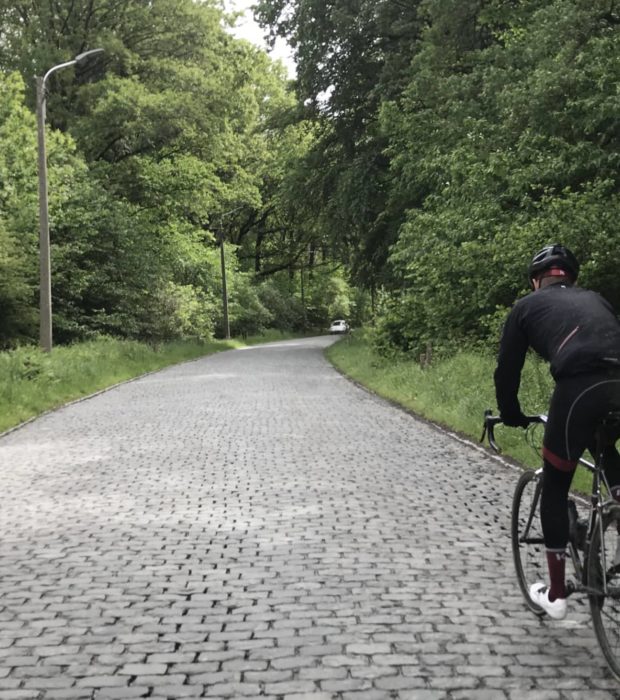 The Bosberg is a wooded slope (average 5.9% and 12% max) between the Flemish Ardennes and the Pajottenland in Geraardsbergen and Galmaarden 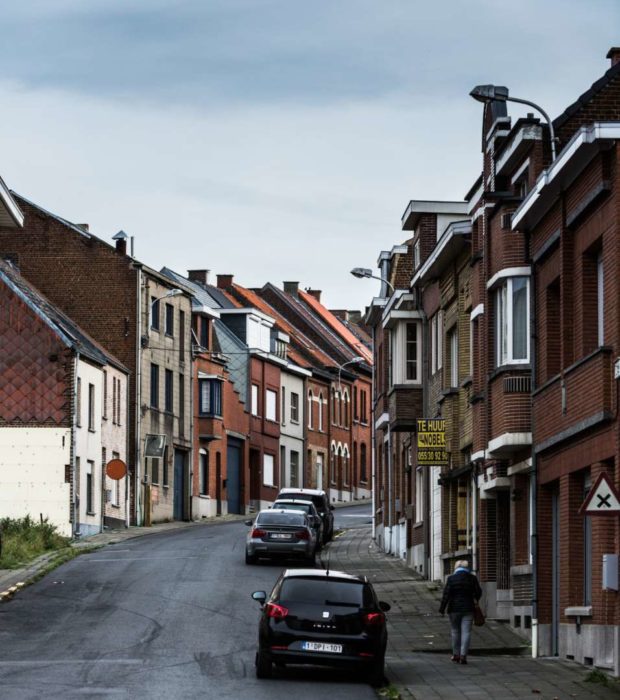 The Valkenberg is legendary amongst the cycling fraternity. This 900m hill has a bit of a sting in its tail. And while the steepest point may only be 15%, it feels much worse as you never seem to make any progress. Fortunately, solace awaits at the top in the form of the café In den hengst.

With an average of 3.7% this is not not the steepest of all climbs nor the most famous but it does boast some lovely atmosphere as you pass between the hedgerows. On the other side of the hill you'll find the much better known Leberg. 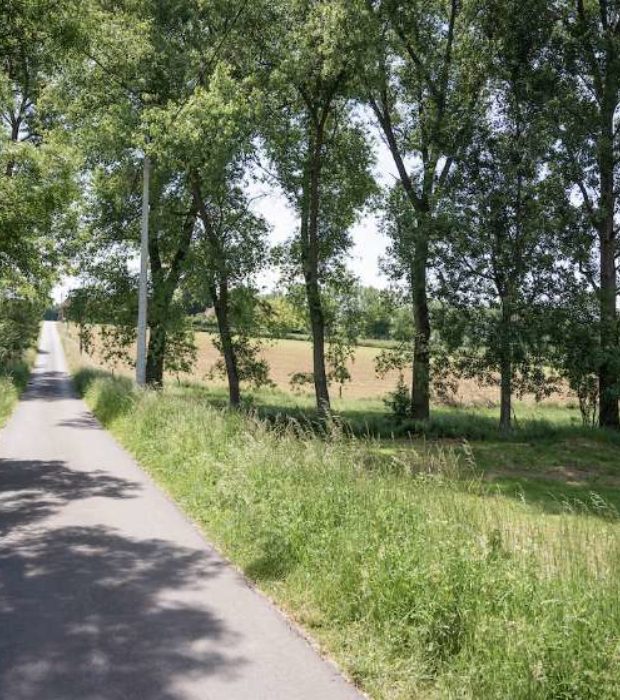 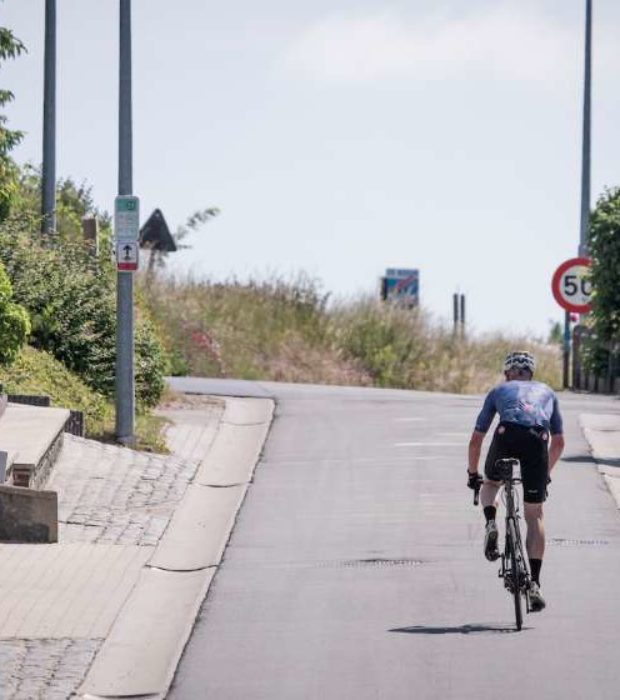 This is Greg Van Avermaet's absolute favourite climb. Boasting a maximum gradient of "only" 10% it seems to feel harder than it is, perhaps because you can always see exactly where you're going. It's usually encountered reasonably early in professional races, which means it isn't taken full-gas, but that will be of scant consolation as you grind your way up.

This 1.400m long, paved climb is part of Omloop het Nieuwsblad. 3.6% average and 9% max. Be careful on the hard right hand turn to the steep part of the climb... Tiesj Benoot came a cropper there in the 2019 edition. 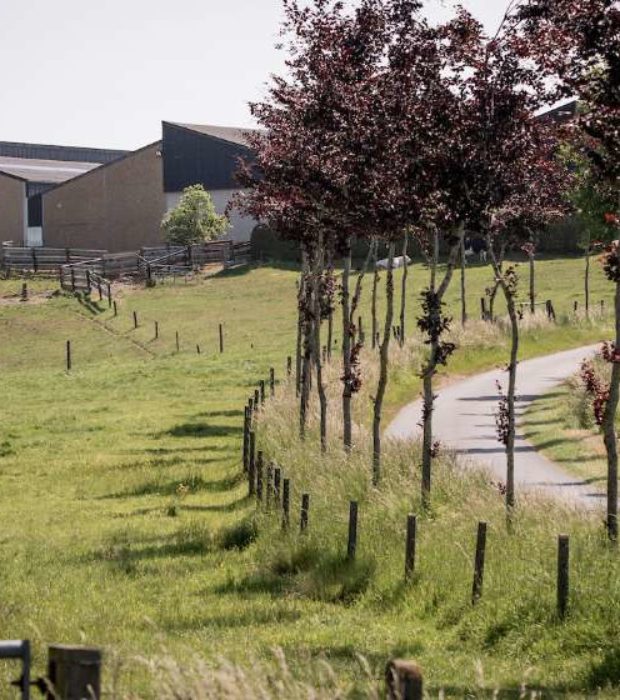 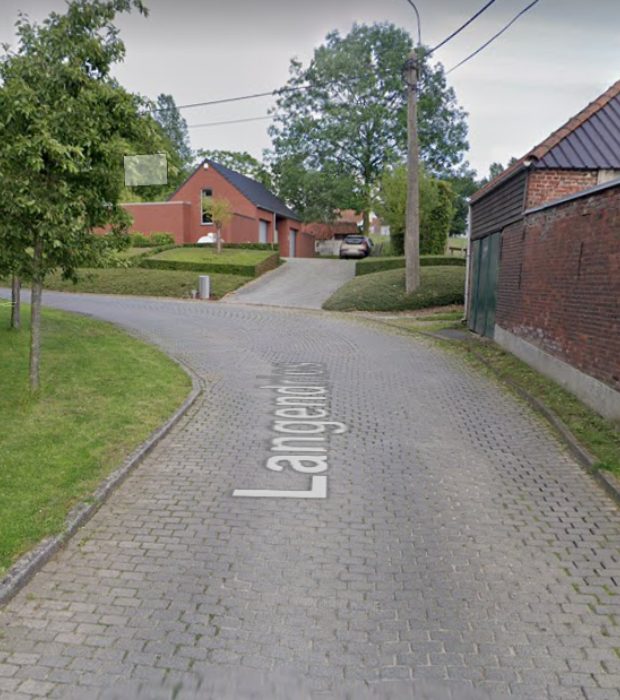 Also known as 'Langendries', this steep climb (max 16%) has a surface that holds the middle in between cobbles and concrete. The climb made several appearances in Omloop during the time Berendries was closed for resurfacing works.

The 2.260 meter long cobblestone road ‘Paddestraat’ is Flanders’ most well-known cyclist’s ‘scourge’. This present day bone rattler was once part of a Roman ‘Via’ between Boulogne-sur-Mer and Cologne. The Paddestraat became a well-deserved national monument in 1995. Here you will find the ‘Ronde van Vlaanderen Monument’, which lists the names of all Ronde winners since 1973, the year in which the Paddestraat was added to the parcours. The right hand bend after the railway crossing where you enter the cobbles was where Frank Vandenbroucke lost his bid for glory in 1999 after a brave attack with 150km to go in the company of teammate Philippe Gaumont. "Fresh" from a night out in Bruges that lasted until the early hours, Gaumont slid out on the bend and broke his wrist. VDB still managed to take second in the sprint. 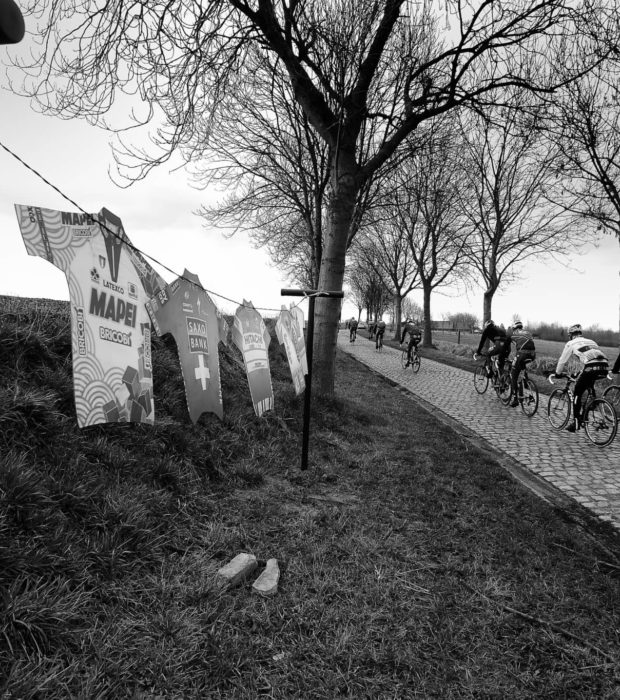 The cobblestone section of the Lippenhovestraat is 'only' 1300 m long, and traditionally followed just after the cobbles of the Paddestraat in the finale of Omloop Het Nieuwsblad. These days, it's the first cobbled sector of the new Tour of Flanders route which departs from Antwerp. Time to put the hammer down.© Photonews 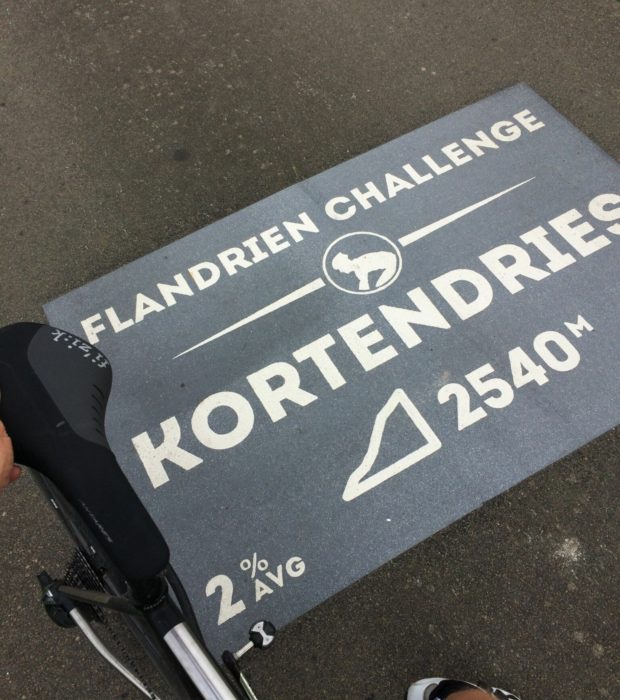 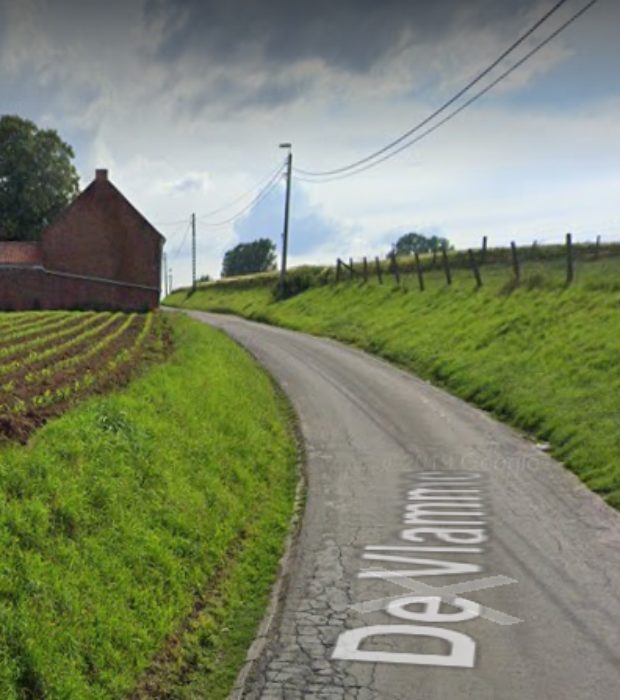 Not well known, but a beauty!

Flandrien Challenge - Vesten & Muur from Cycling in Flanders on Vimeo.

The legendary 'Muur van Geraardsbergen' (Grammont Wall) takes you to the 110 meter high summit of the Oudenberg. The 910m long climb has an average and maximum incline of 9% and 20% respectively. For decades De Muur was both the penultimate and decisive climb of the Ronde. Also other races such as the Three Days of De Panne, Omloop Het Nieuwsblad and BinckBank Tour use the hill to separate the men from the boys. Don’t forget to pay a visit to the lovely neo-baroque church on the top of the Kapelmuur, which will be a welcome stop after a 20% steep climb.The rather dated joke in Geraadsbergen is that there are only three famous walls in the world, Berlin, China and theirs. You can, if you are sure you can get moving again, stop on the very roughest section to pay homage at a poetic tribute to Eddy Merckx or you can take a pause at Bar Gidon on the Market Square, which is festooned with race-worn jerseys and autographs of riders past and present. It is also headquarters to Remco Evenepoel's fanclub. 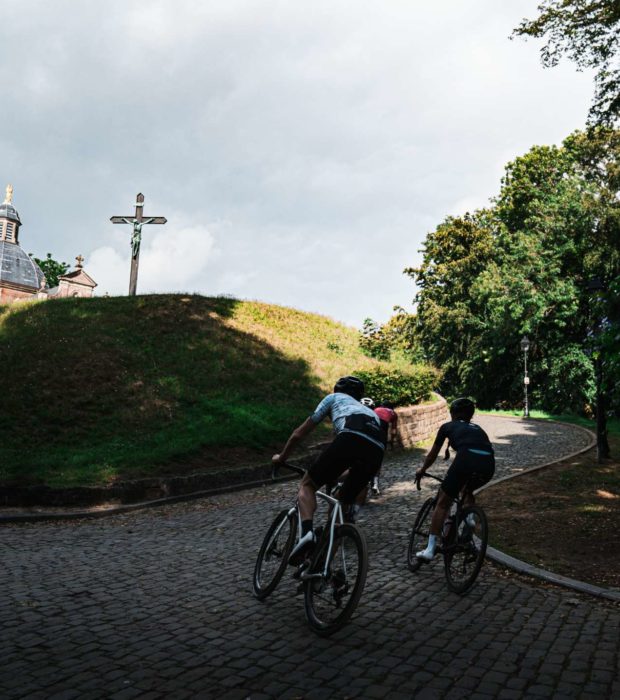